How to Prepare for an Earthquake in the Midwest

The average person reading this article likely has a handle on the basic storyline of earthquakes. According to the script, we (people, cities, states and nations) are all silently gliding atop massive tectonic rafts that heedlessly drift into one another like unmanned cargo ships through a narrow channel. Though we drift at the speed of a growing fingernail, we crash like race cars. Unsurprisingly, the brunt of these “crashes” is felt at the edges of our stone rafts, where we find places like California, Alaska, Japan and Indonesia. It’s easy to grasp why earthquakes occur where they do…with some highly notable exceptions.

Enter the New Madrid Seismic Zone, located not at the edge, but in the dead center of the North American Plate. While quakes here are infrequent, eyewitness accounts of the 1811-1812 events paint a Boschian hellscape featuring eight minutes of continuous shaking, the Mississippi River running in retrograde, sand explosions that rumbled like artillery blasts, trees flung from shore to riverbed and others rocketed from riverbed to river surface.

The complex geology that led to these events is beyond the scope of this article (and perhaps beyond my skills of explanation). What I do want to note is that the New Madrid Seismic Zone does not produce your garden variety California earthquake. It’s unique for at least three reasons:

Impact Zone: Some parts of the North American Plate are older than others, much like the rings at the center of a tree’s trunk are older than those outermost. The Midwest sits on bedrock aged no less than 1.5 billion years, while upstart California sits on a plate section just (just!) 300 million years old. This may sound like geologic esoterica, but it matters a lot in earthquakes. The additional passage of time means that the plate beneath the Midwest has become cold and dense, which allows shaking to radiate much further than the comparatively spongy plates beneath California. The earthquake series of 1811-1812 was felt as far away as New York City - 1,000 miles from the epicenters. A similar event in California might only be felt within a 200-mile radius of the responsible fault line. Put simply, the New Madrid Seismic Zone is capable of producing region-wide earthquakes.

Liquefaction: Earthquakes are just the first domino. The events that follow - such as landslides, urban conflagrations and liquefaction - can be as devastating as the shaking itself. If you aren’t familiar with liquefaction, happy YouTubing. You might not believe me otherwise. Liquefaction is essentially when silty, saturated topsoils convert into quicksand, swiftly compromising the roads, buildings and subterranean infrastructure that take ground density for granted. If the churning soil beneath the ground can’t find a ready outlet to the surface, the pressure can build to the point of explosion, which likely explains the “discharge of artillery” described in some accounts of the New Madrid earthquakes. Unfortunately for the Midwest, atop the cold, dense plate that so effectively transmits shaking you have a thick layer of alluvial sand, which is the fuel that allows the engine of liquecation to run. In the event of a major earthquake, widespread liquefaction near the Mississippi River isn’t a risk - it’s a certainty.

Readiness: Perhaps the only thing worse than frequent earthquakes is infrequent earthquakes. While few of us would wish to have Japan, Alaska or California earthquake frequency in our states, the upside of frequency is risk adaptation. Places with more earthquake experience have building codes, earthquake technology and public policy that are better adapted to meet the risk. Furthermore, knowledge of the New Madrid earthquakes was virtually buried until the second half of the 20th century. Places like Arkansas, Kentucky, Tennessee, Mississippi, Illinois and Missouri weren’t built for earthquakes, and have floods and tornadoes competing for their attention. Worse, given the wide impact of a major earthquake, communities may not be able to call on one another for mutual aid because they are mutually affected. The regional impact of the New Madrid event parallels the Cascadia event facing the Pacific Northwest (minus the tsunami, of course).

Just how does one prepare for an earthquake, anyway? It consists of two easy steps, and two hard ones.

Given the weight of the fourth recommendation, you’re likely to ask yourself if it’s necessary or worth it. Keep in mind that earthquake preparedness is really just…preparedness. When you’ve prepared for the worst (which is what an earthquake is), you’ll find that you have more than enough to cover you during the many power outages, ice storms and toilet paper shortages that lie in your future. And perhaps more importantly, you’re setting an example for your kids, nephews and nieces, neighbors and co-workers. Perhaps the big one won’t happen in your lifetime, but it may in theirs. We all learn best from example, so set the example for someone you love.

Here are a few resources to help you along the way.

How to Run and Earthquake Drill 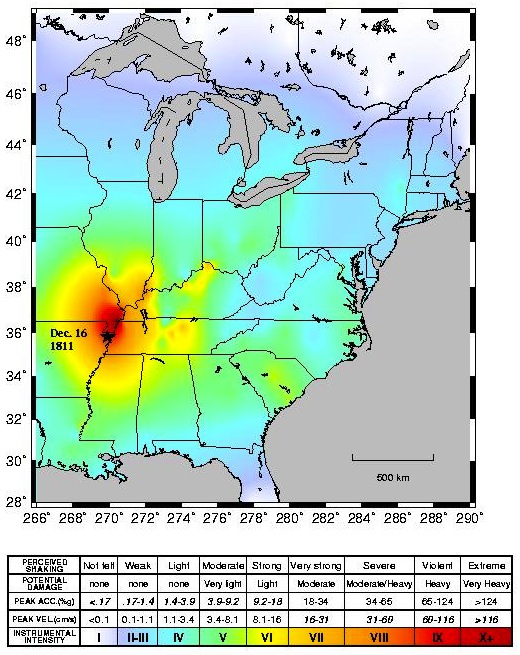